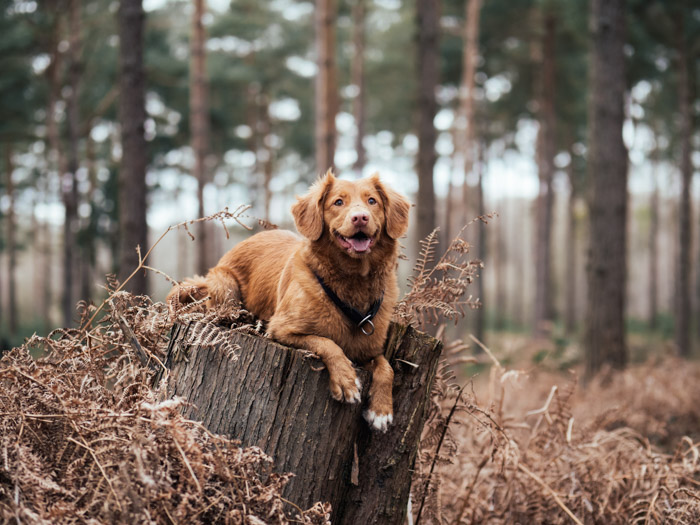 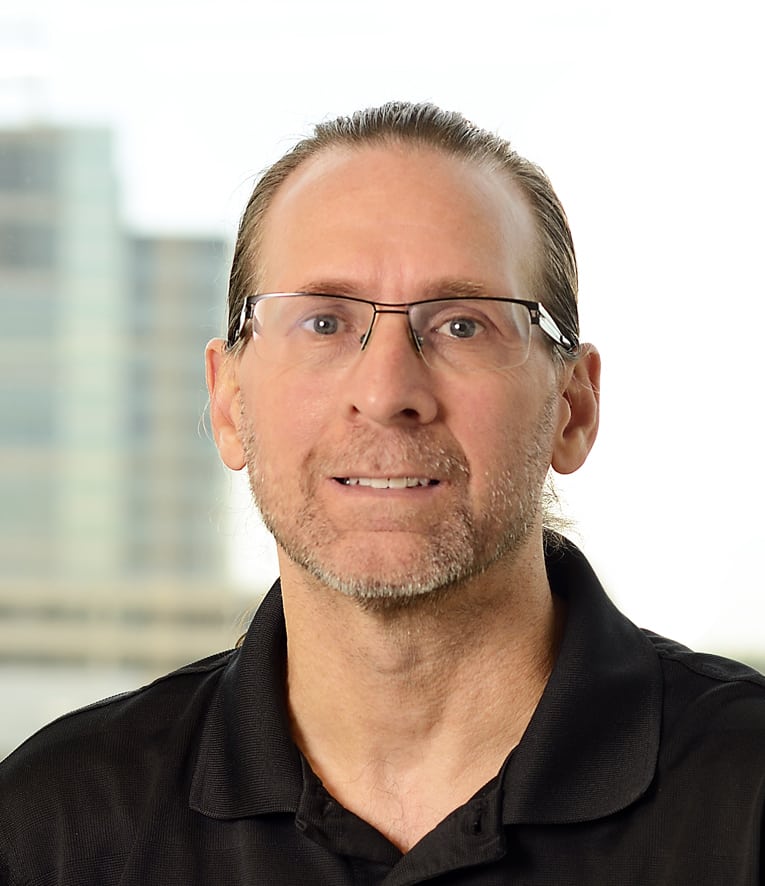 Dogs are a lovable member of the family, so it is natural that dog owners want to have great pictures of their furry friends. Unfortunately, dogs are not the most cooperative of subjects, and keeping a dog’s attention during a photo shoot can be extremely tricky. So, here we’ve compiled some top tips to help you capture attention during your pet photography sessions.

Use Treats
Dogs will do almost anything for a treat, and nothing will hold their attention more than a tasty morsel. Use a small piece of tape to stick a treat to your camera. Allow the dog to smell the delicious treat, and you’re sure to have them watching your every move. You can also use this when taking pictures of your dog at home using your phone.

It is also essential to have a little bag of treats handy so that you can reward the dog periodically during the shoot. Just be sure to throw away the taped treat at the end of the session, as it may have tape residue stuck to it.

Use a Toy or Ball

It is worth asking your client to bring the dog’s favorite toys to the photography session. There is a possibility that the dog may lose interest in treats, particularly if they have been used as an incentive to get them to the session. Pets can be unpredictable, particularly if they have not been well trained. Holding a toy or ball near your lens will capture a dog’s attention, but you’ll need to throw it after you take your shot to maintain the incentive.

It is not only the unpredictable nature of dogs that makes taking pictures difficult; it is also catching focus on their faces. Since you need to get the dog to stay as still as possible, it is a good idea to work with fast shutter speeds. Opt for a 1/1000 or 1/500 to open up the aperture. However, this does mean that you’ll have a shallower depth of focus, so be prepared for small movements.

When a dog is in unfamiliar territory, there is no way to predict how they will react, so you should avoid using a flash. Instead use a soft, diffused light source that will cover the entire body of the dog. This diffusion will also help to minimize shine on the dog’s coat.

If you’re shooting outdoors, bring a reflector. Dogs get a lot of shadow on their belly and torso, as they stand on four legs. A reflector will help to cast light on their underside, which can be particularly helpful if it is a darker coated dog.

Dog photography can be frustrating and challenging; it is not possible to really communicate with your subject, so you need to adjust your session strategy. Try to take your time and ensure that the dog is relaxed and having as much fun as possible; this is sure to show in great photographs that will be treasured by your client.

Backgrounds serve as the canvas for photographic images. It’s critical to know how to work with backgrounds because they may make or break an image.…
Read more >>

A deeper depth of field can be achieved with a technique called Focus Stacking.
Read more >> 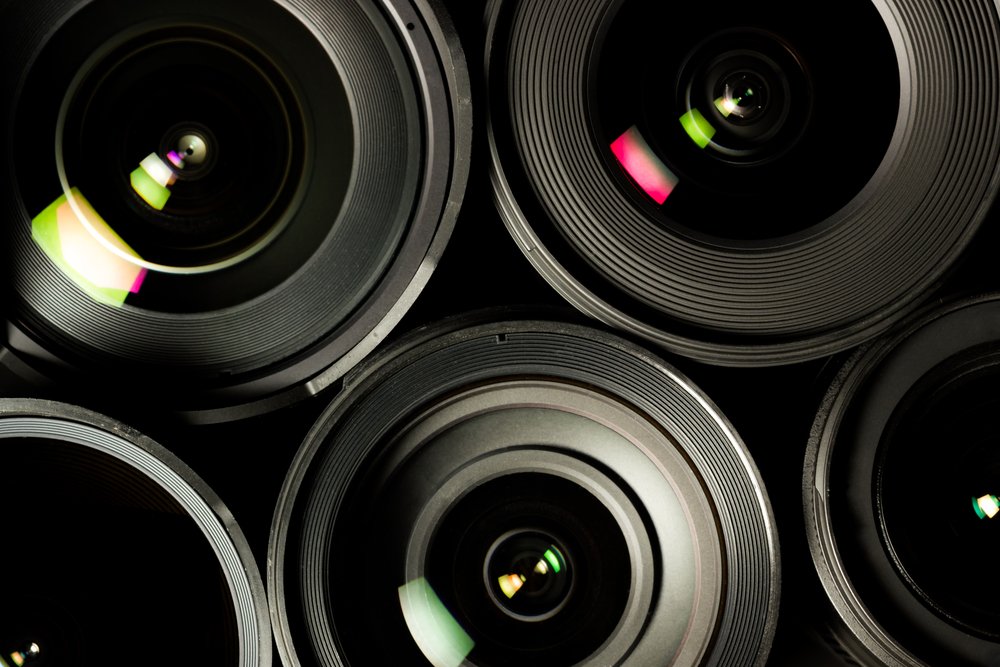 Understanding Depth of Field and How it Can Affect Your Photos

Whether you’ve just picked up a camera for the first time or are a keen amateur photographer, you need to understand depth of field and…
Read more >> 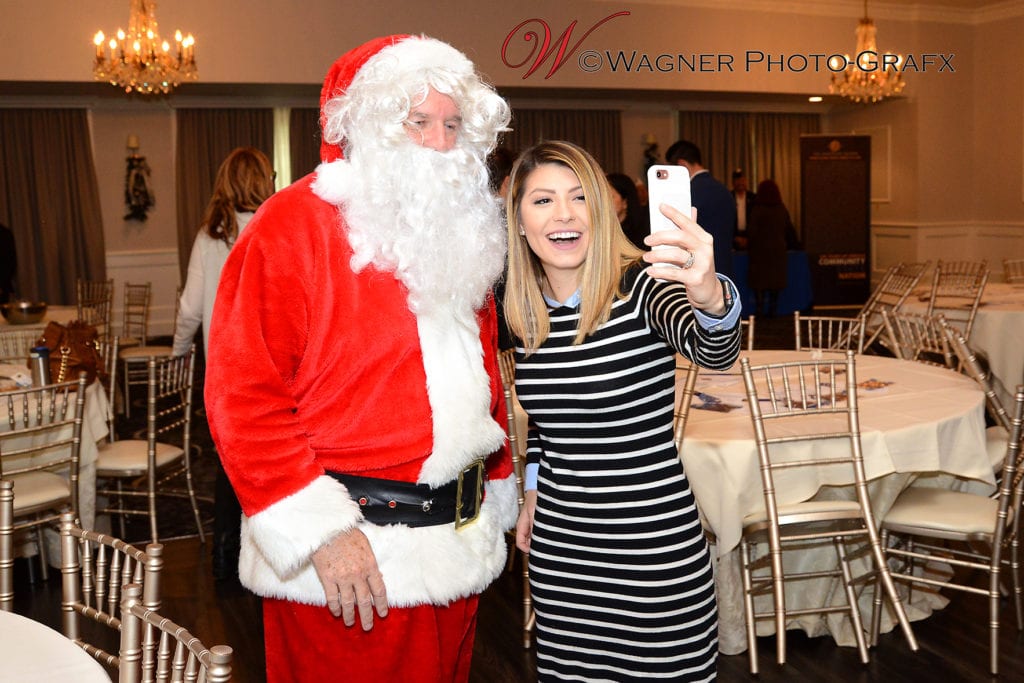 Now Halloween is over, most businesses are looking ahead to Thanksgiving and Christmas. You can harness this potential and promote your business with great corporate…
Read more >>

Dogs are a lovable member of the family, so it is natural that dog owners want to have great pictures of their furry friends. Unfortunately,…
Read more >> 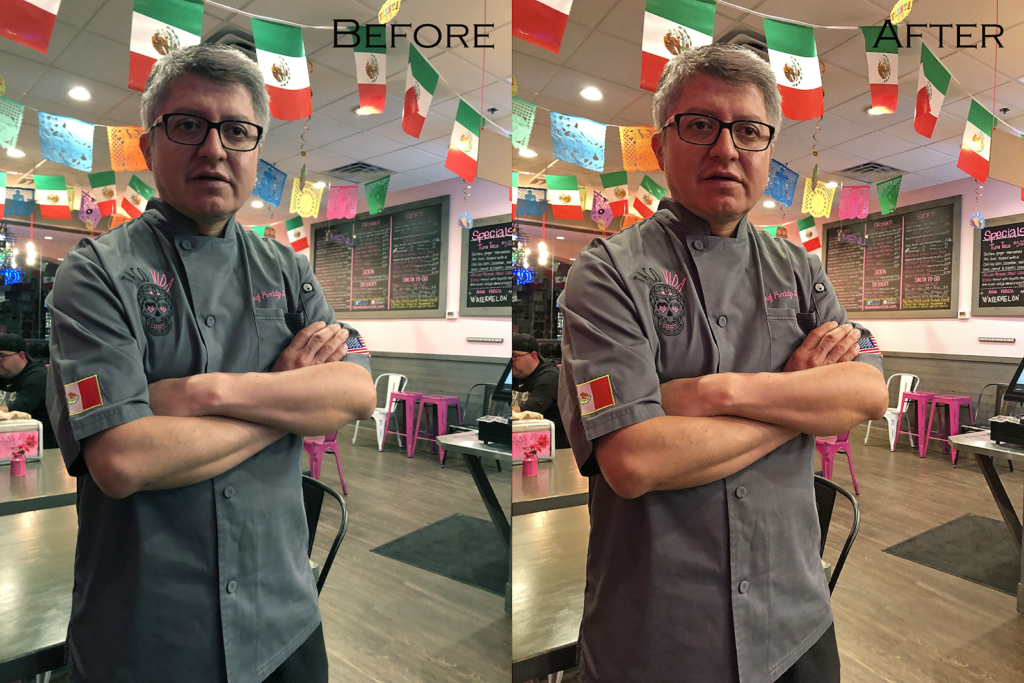 3 Ways to Tell That Your Business Needs Corporate Photography Services

One of the most disappointing things that can make a great website look bad is poor photographs. Whether they are poorly lit, off-color or the…
Read more >> 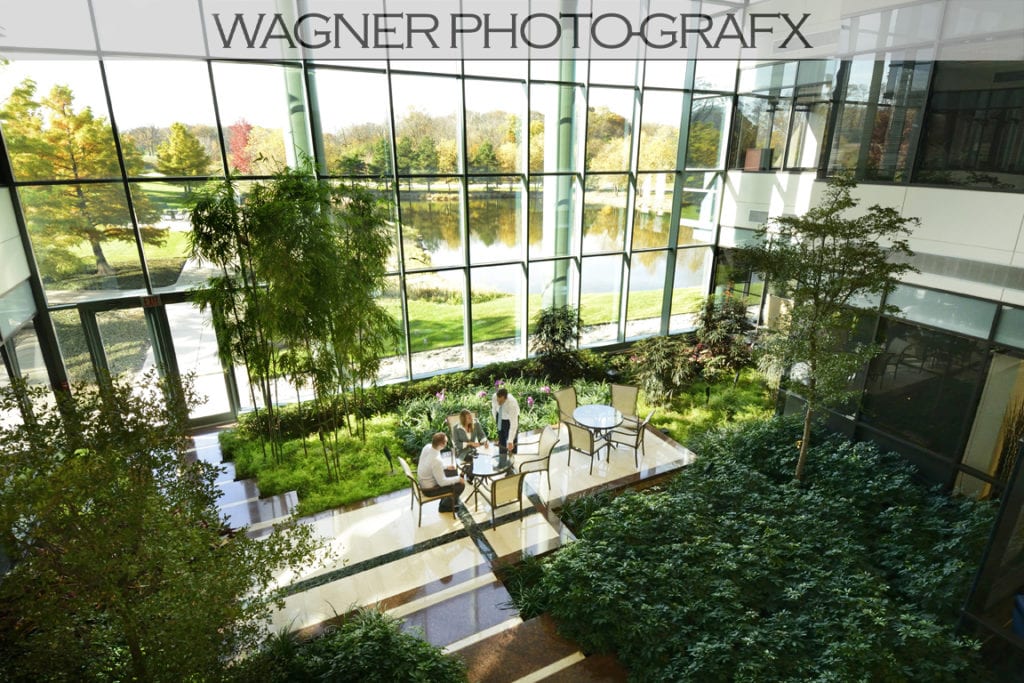 What Happens on a Corporate Photography Shooting Day?

Many business owners understand the value of custom images to boost their profile and supercharge their marketing efforts. Real photographs of your products, employees, and…
Read more >>

Understanding Depth of Field and How it Can Affect Your Photos

Whether you’ve just picked up a camera for the first time or are a keen amateur photographer, you need to understand depth of field and…
Read more >>

How a GIF Works

Whether you spend lots of time on social media or just like browsing the internet, you’re likely to have come across GIFs and wondered how…
Read more >> 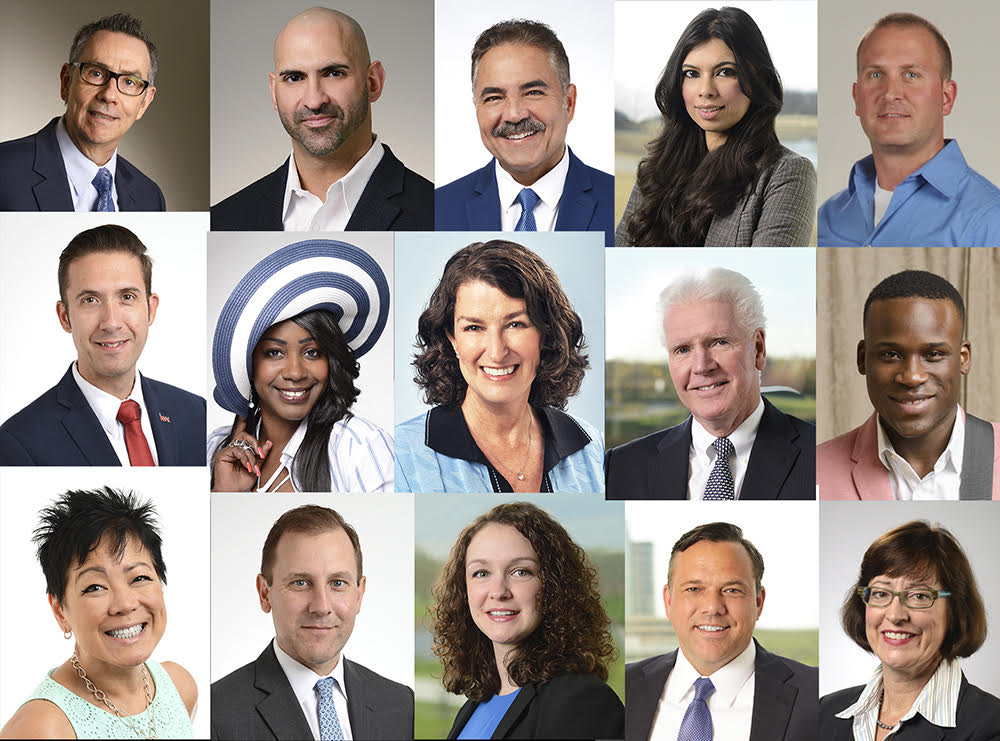 6 Ways to Prepare For a Headshot Session

Whether you’re an aspiring actor wanting to showcase yourself to casting directors, or a business person looking to boost your business brand, a headshot is…
Read more >>

Best Background for eCommerce Photography? In Context or White?

Even skimming eCommerce websites will show lines of sleek products floating on a clean, white background. While most business owners appreciate the importance of high-quality…
Read more >> 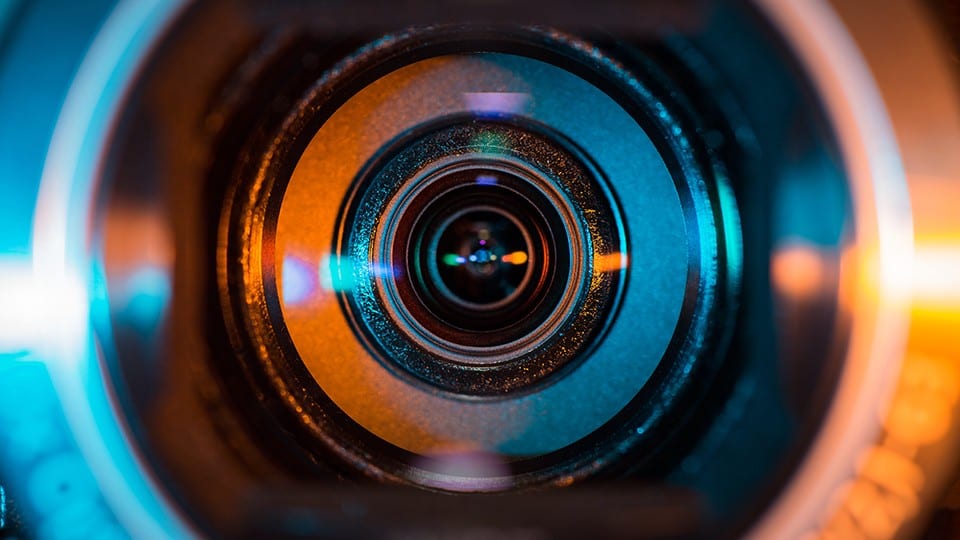 5 Reasons Why Corporate Photography is Essential for Your Business

No matter what line of business you’re in, having a professional image is extremely important to cultivate the right impression. The images that are used…
Read more >>
Facebook Linkedin Instagram